It was a cold but sunny day for this year’s Project Winter Survival. Last weekend 3000 backpacks were filled with supplies for homeless people, like sleeping bags, hats, gloves, socks, toiletries and other useful things.

Here’s a time lapse of boxes of kits being given to agencies.

An example of what’s contained inside the kits. 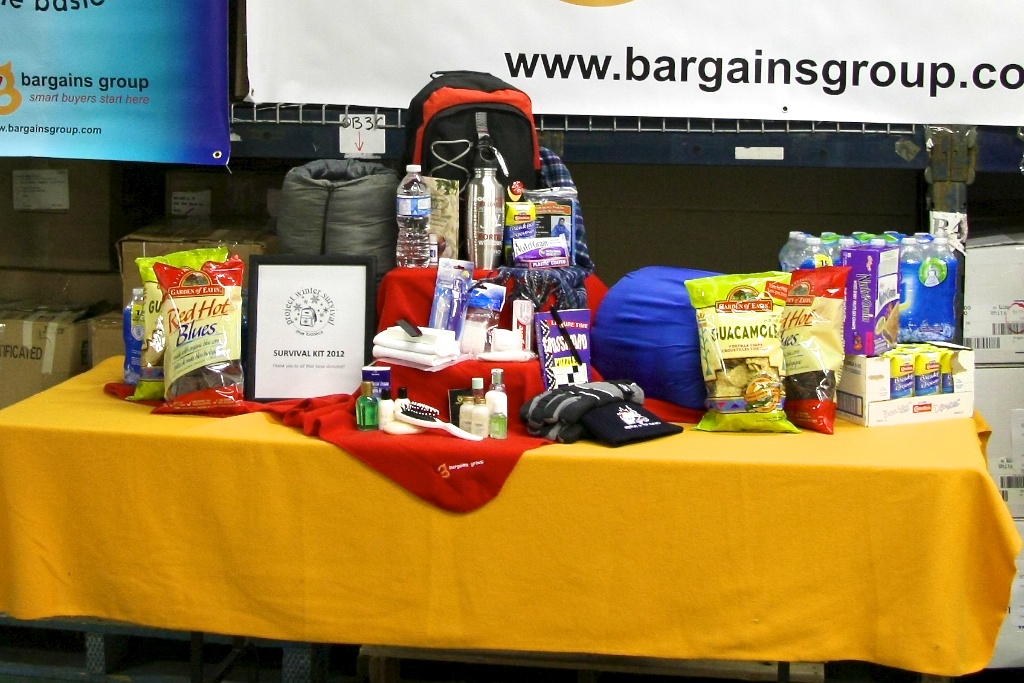 One of the larger trucks on site. 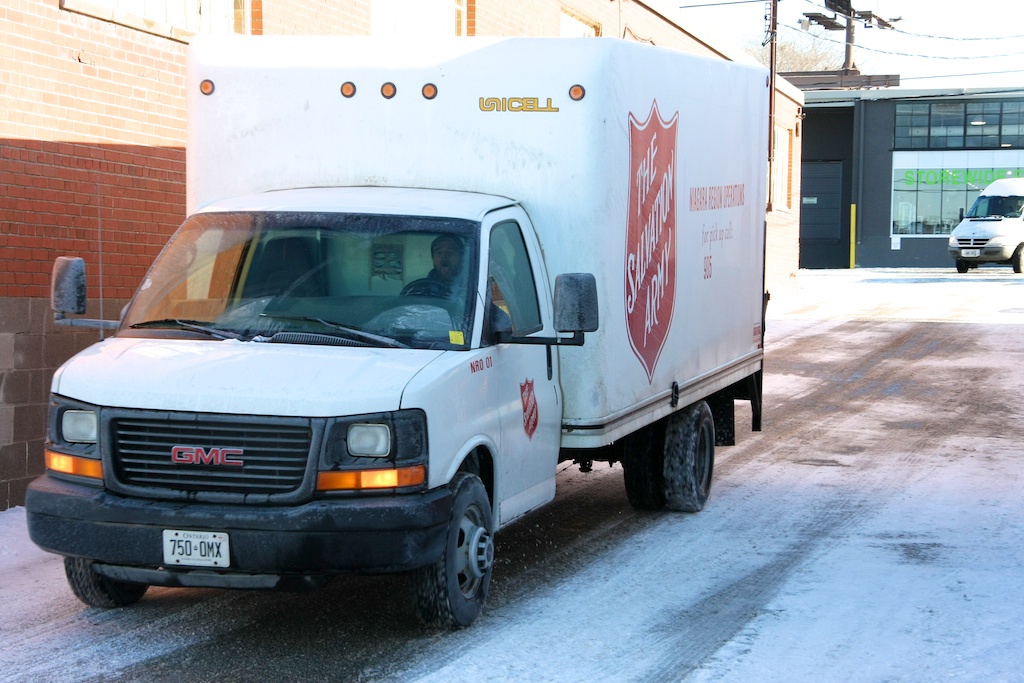 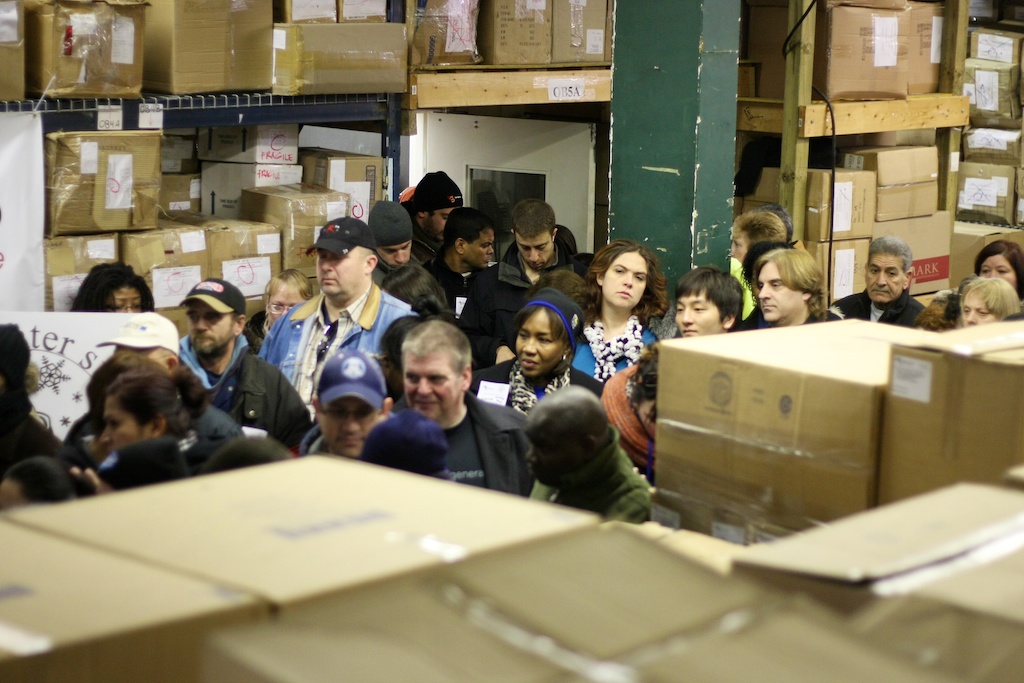 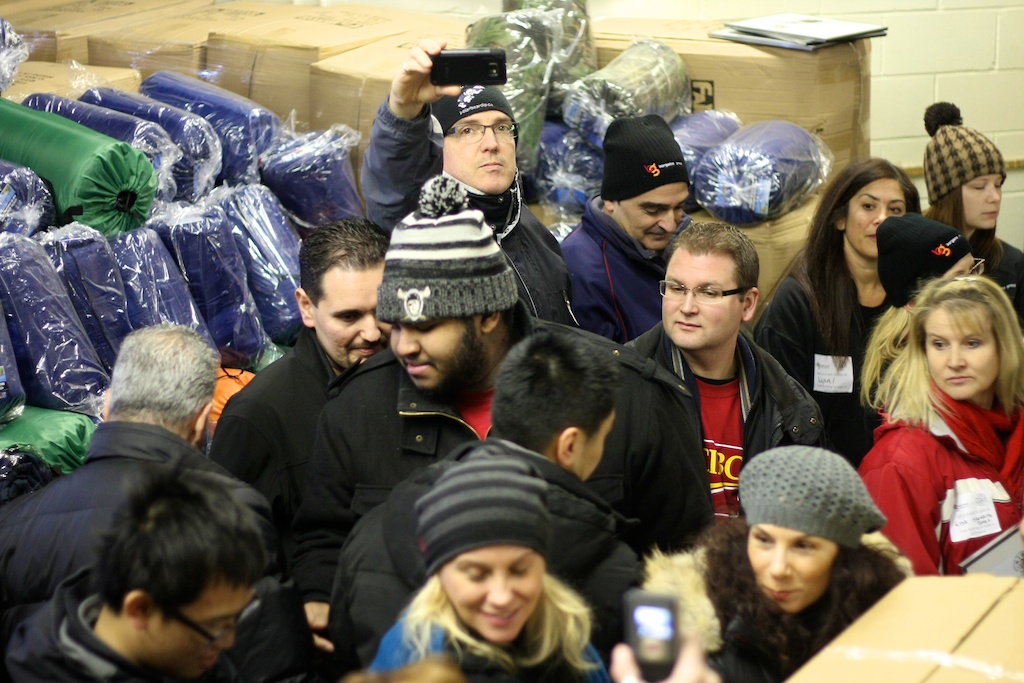 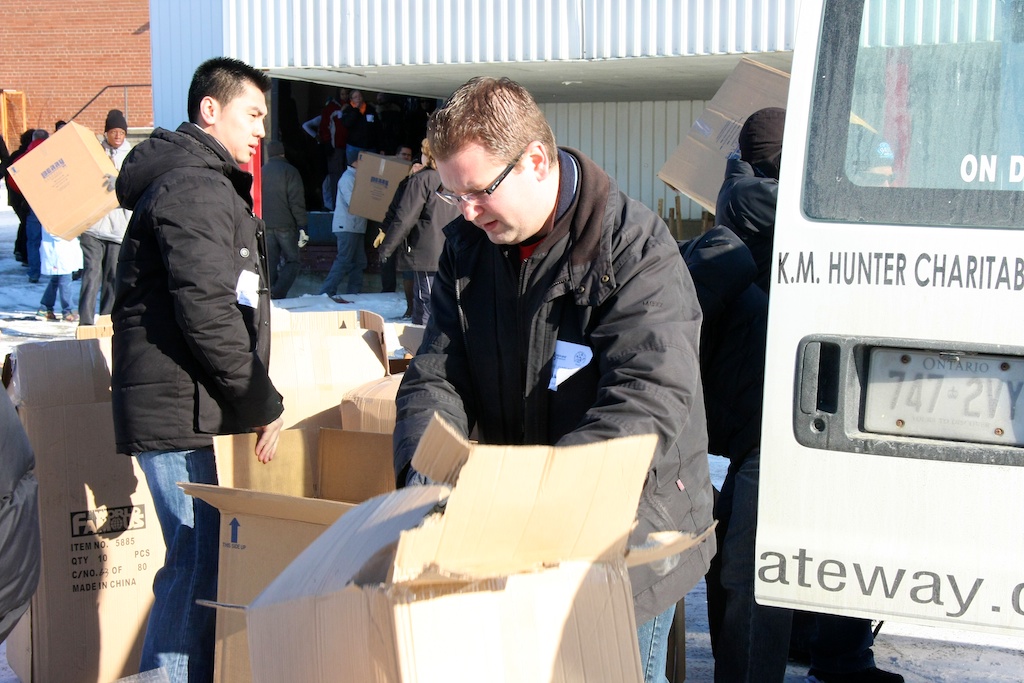 There were many smaller agencies—some of which left with their cars completely filled. 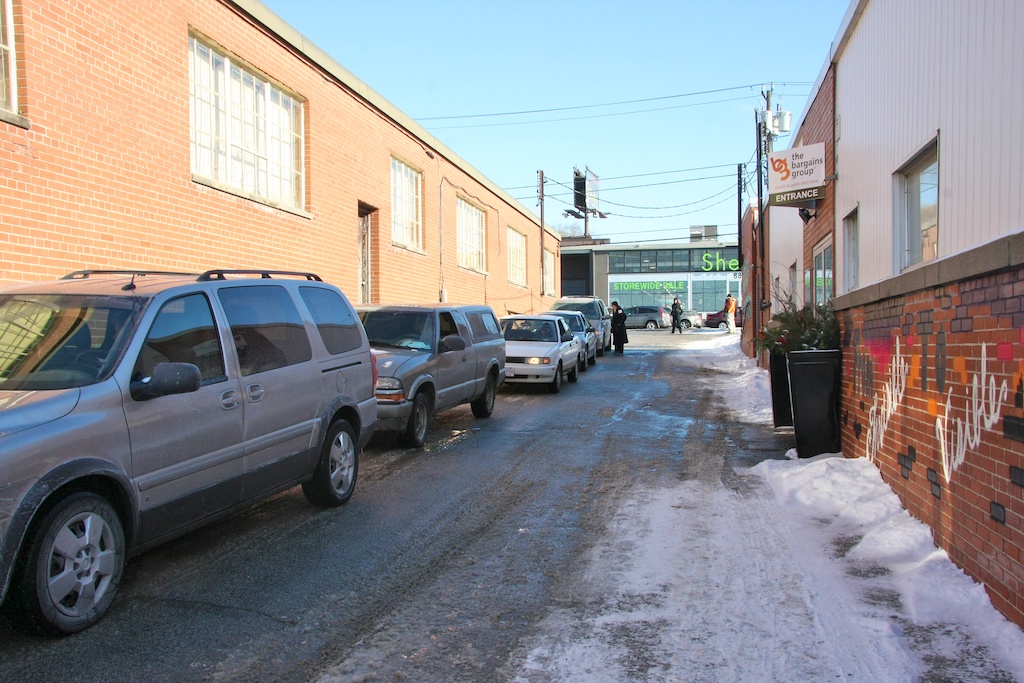 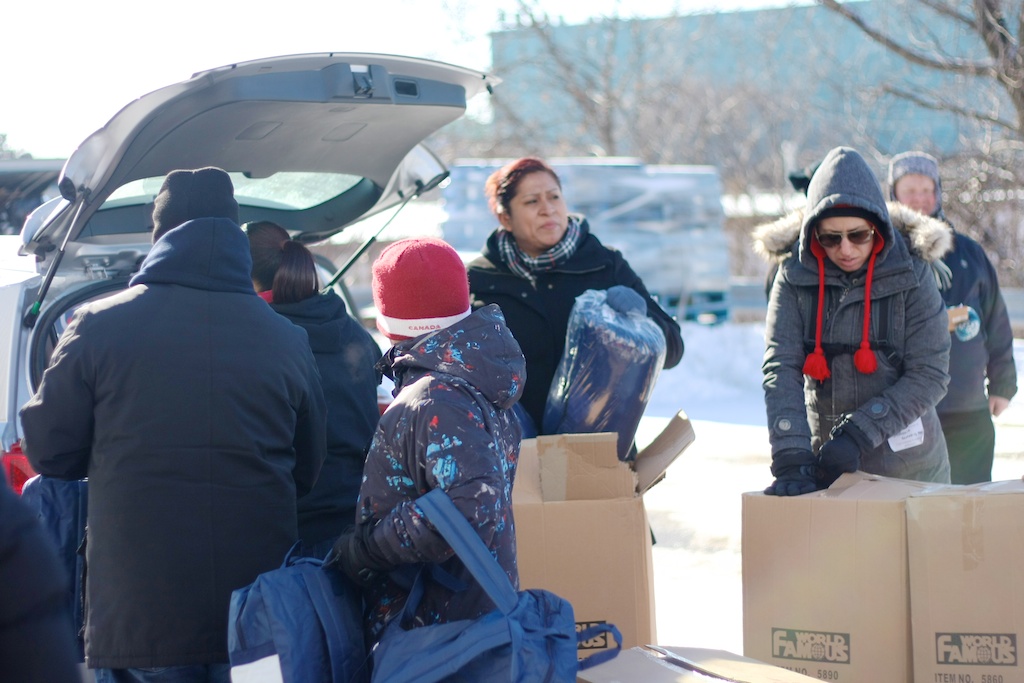 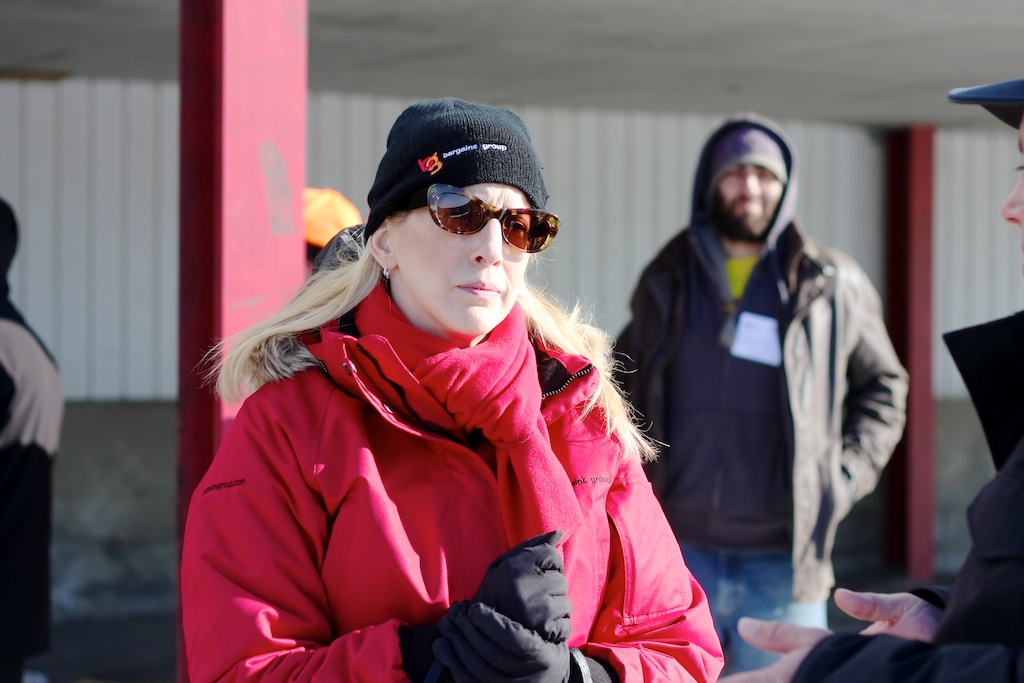 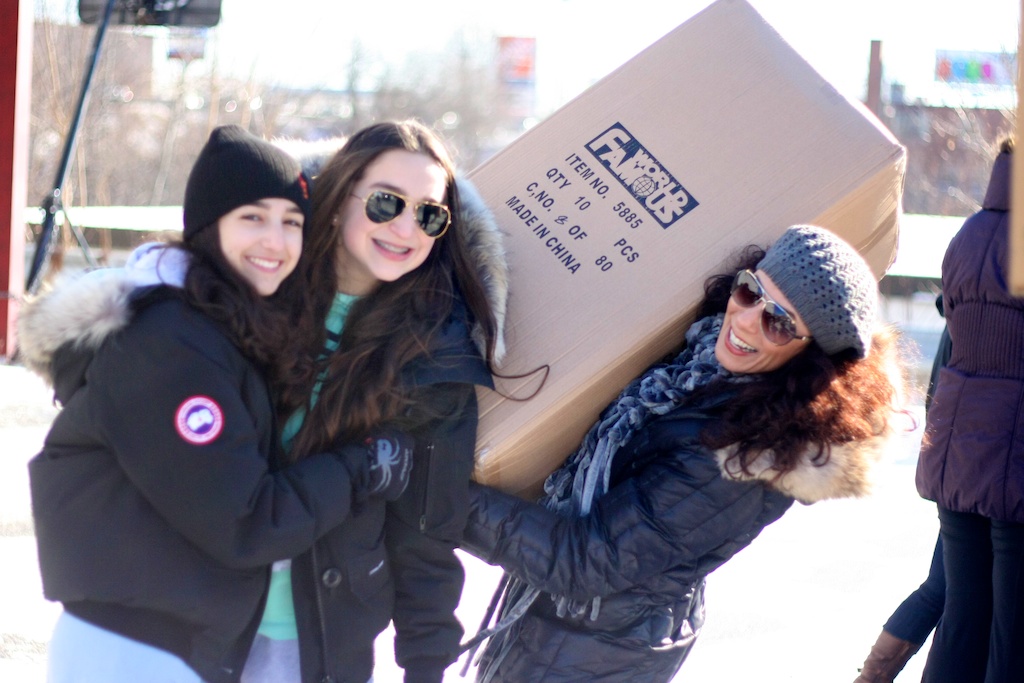 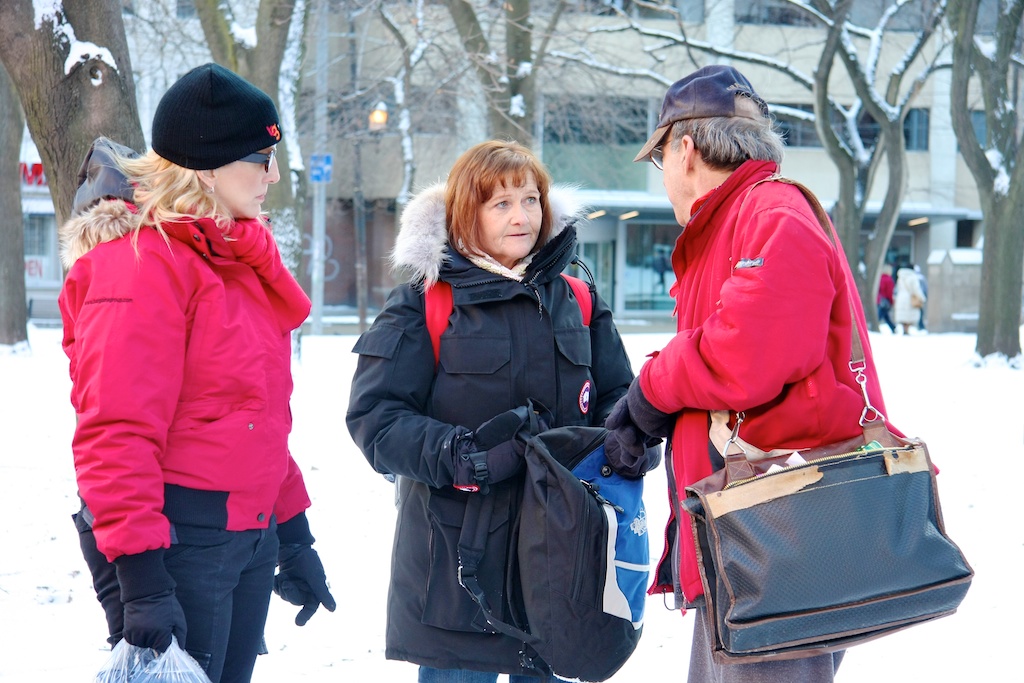 The rest of the group, including Chantel Eskwire, Stephanie Zubcic and others. 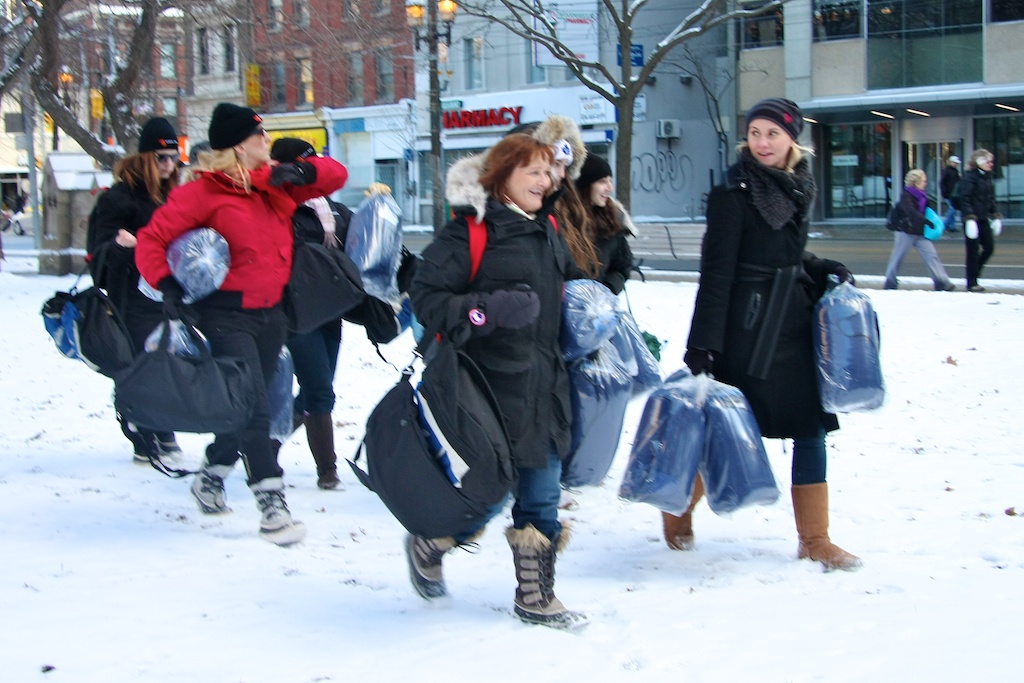 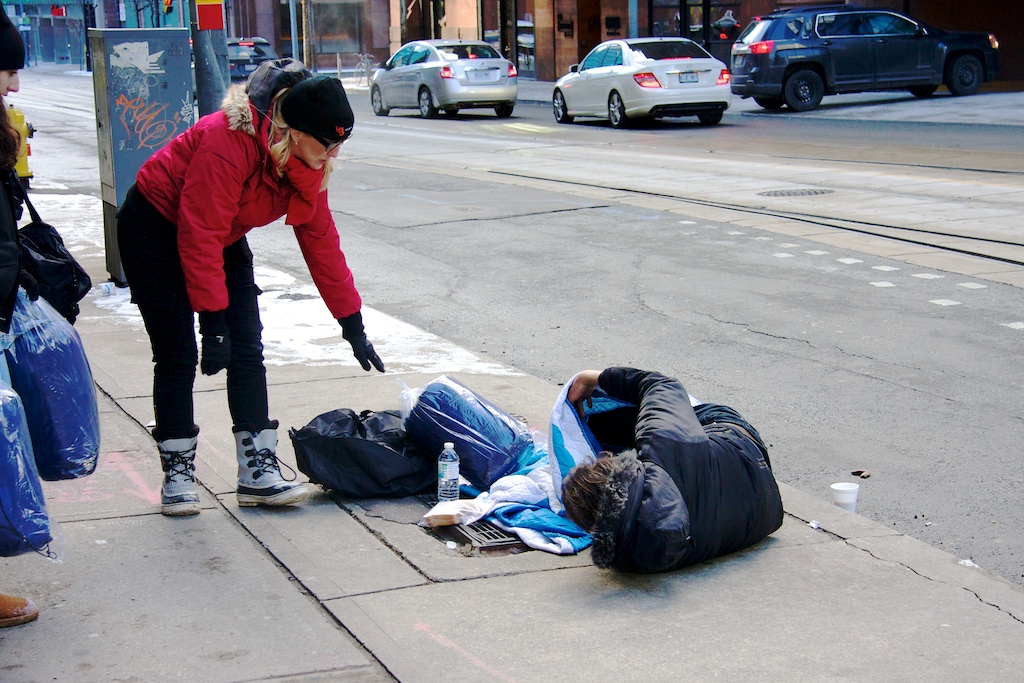 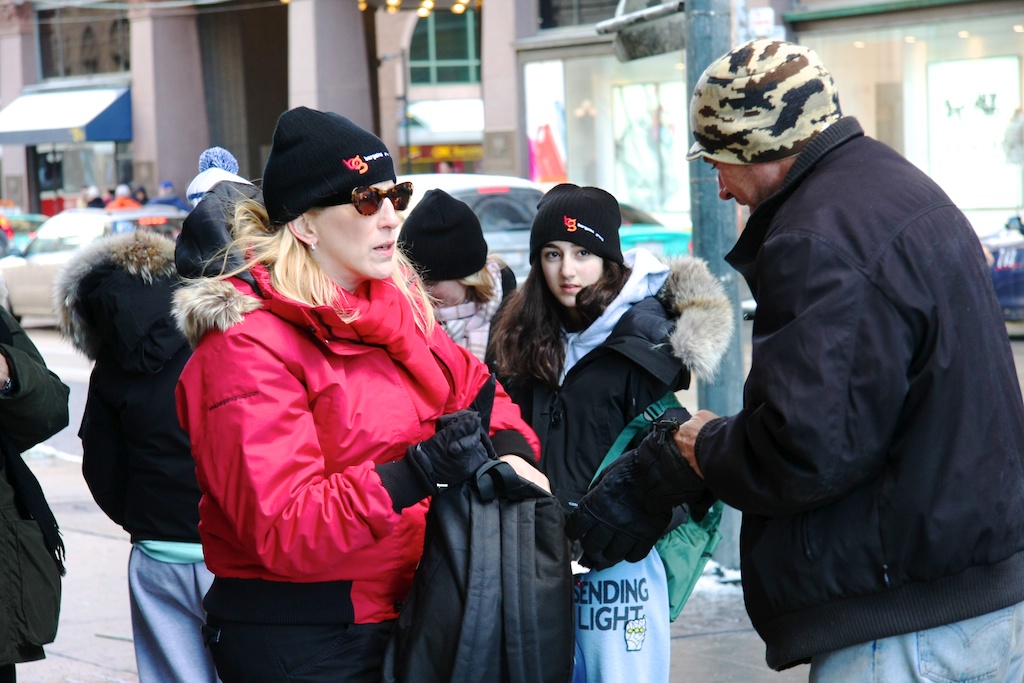 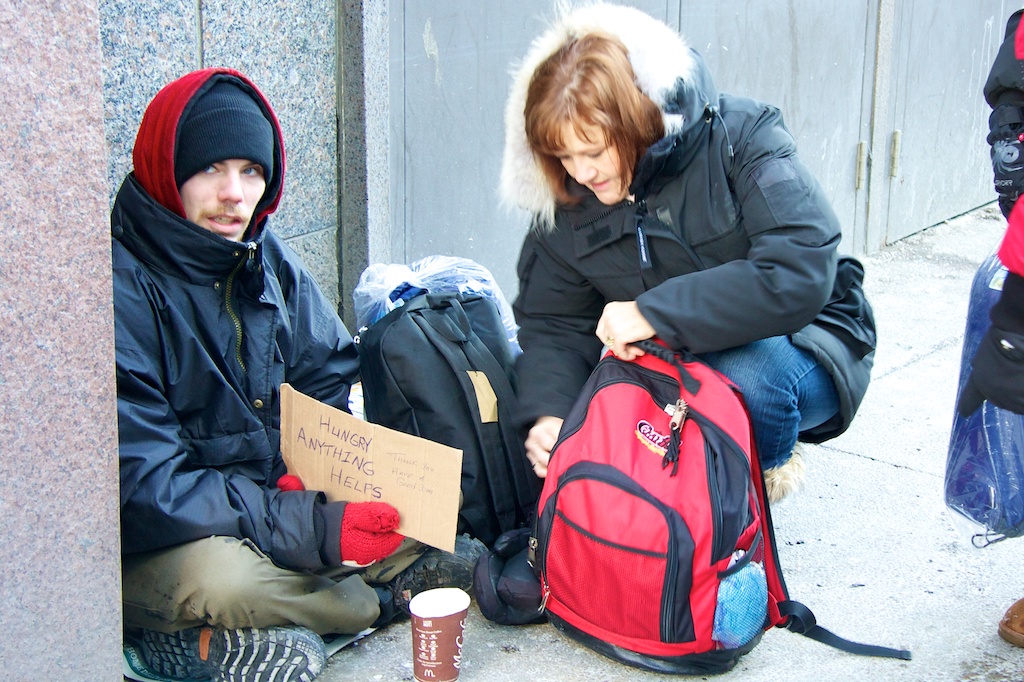 I have helped with Project Winter Survival for a few years now, but this was the first time I’ve been able to see the effect it actually has for the people who get them. It’s an eye opener.

Update: Here’s a short clip from CityTV, showing the group giving out kits.