Thanks to an improper rear bottle mount installation, my bike ended up throwing up a bolt and nearly dropping my entire water bottle mount with it. I tried looking for a replacement part, but the actual pin that was missing wasn’t available separately. I would have to spend $50 on an entire new assembly. I could have just done that, or upgraded to a more aerodynamic setup, but I really just wanted to fix it. So I went to Home Depot and picked up a nut and bolt. Simple. 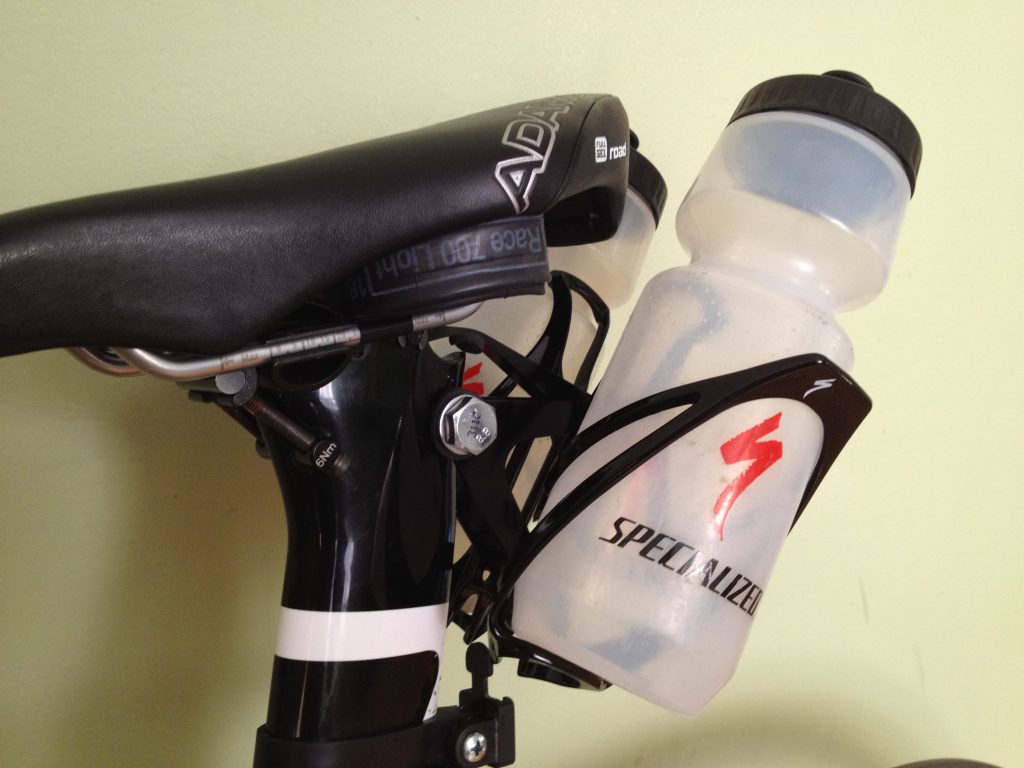 Unfortunately it was ugly as hell, especially from the other side. 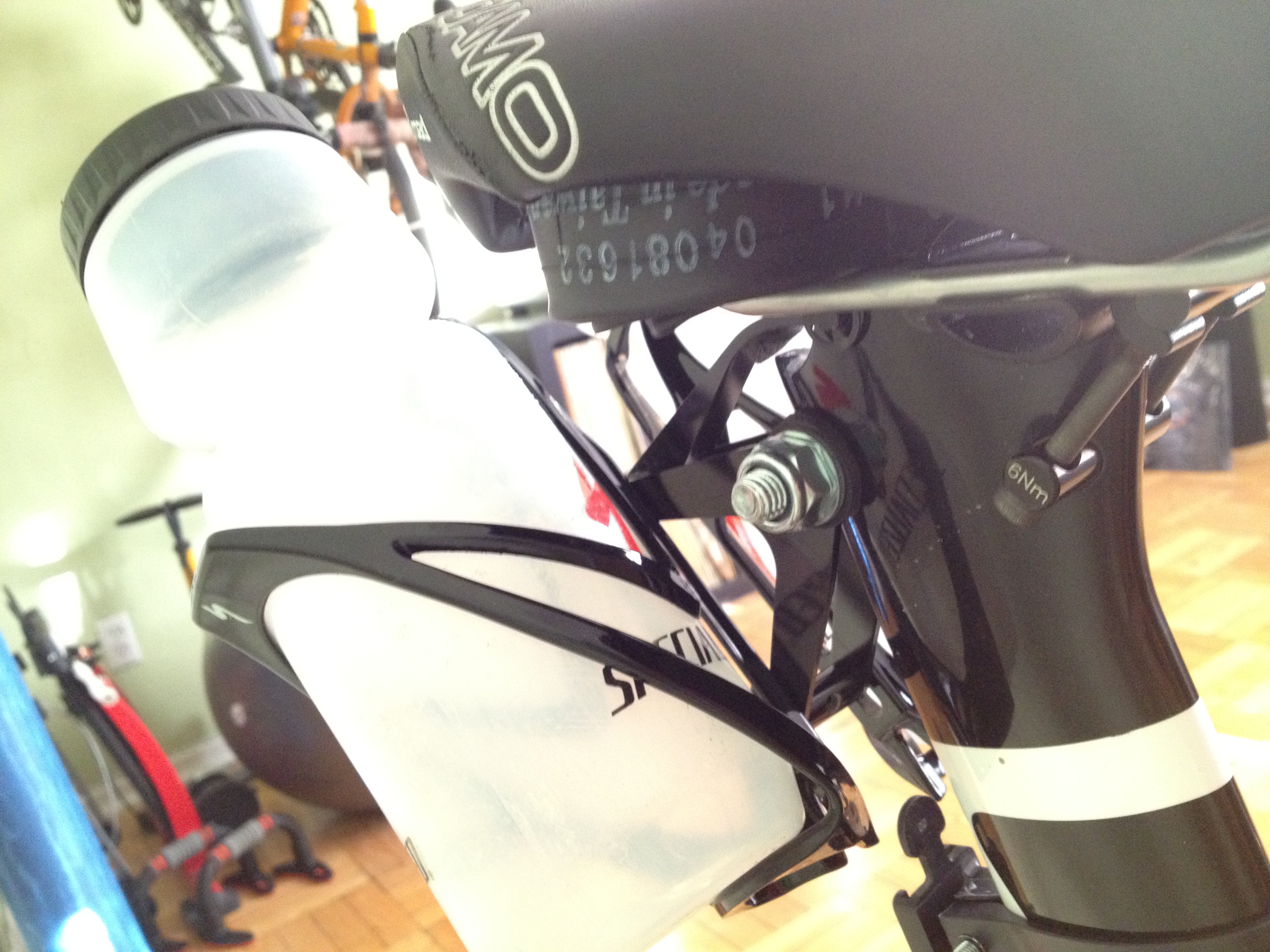 So I tried a more elegant solution, which required trimming down a bolt with a dremel (which nearly cost me an eye—remember kids—always use protection). Now I keep a spare pair of swim goggles in my dremel box. 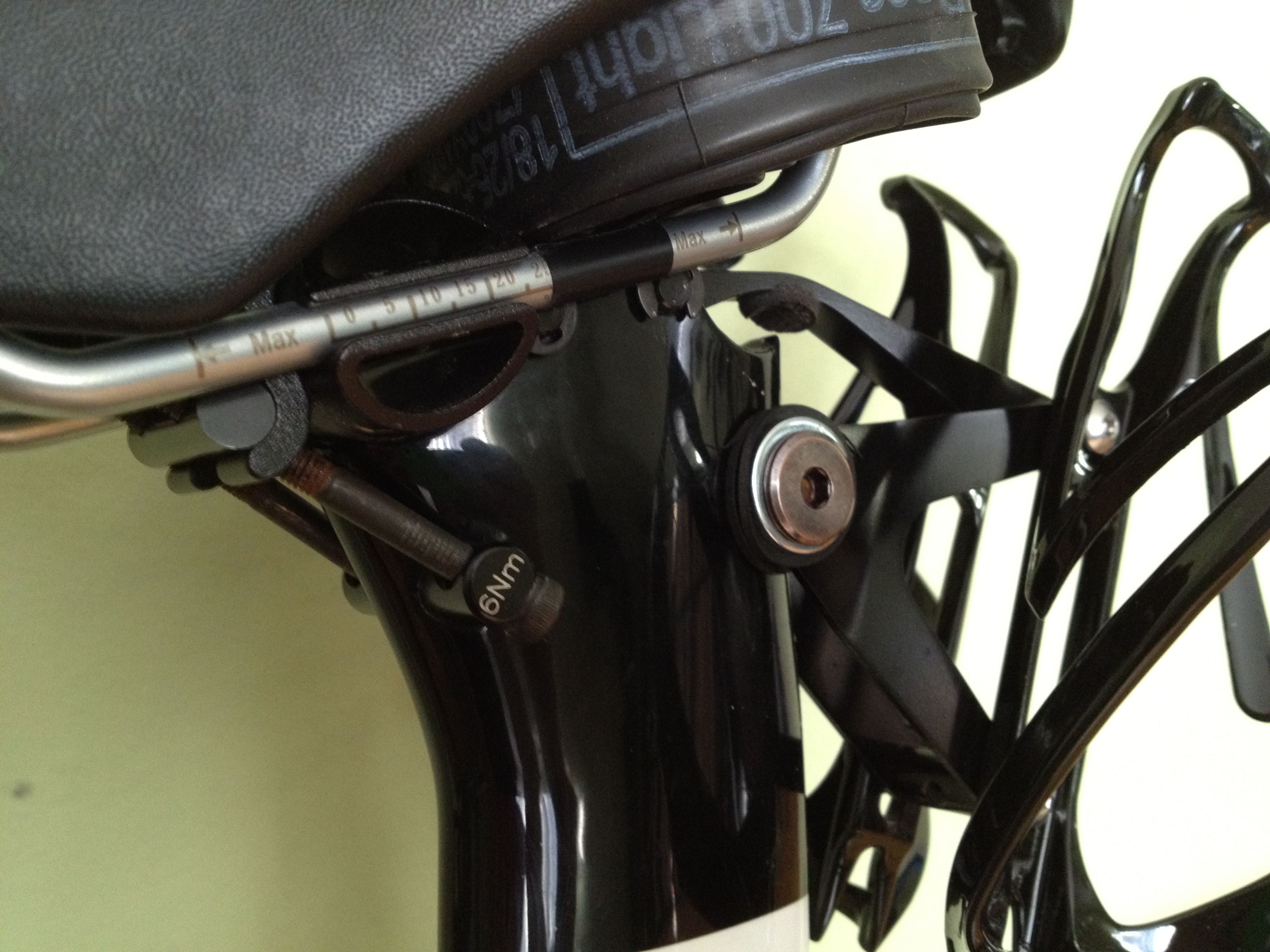 Almost looks like when I bought it. Unfortunately I used one too many rubber washers. I really wanted it to be quiet, but it wasn’t able to hold enough torque. Not to mention it was basically being tightened against carbon fibre, which you definitely don’t want to torque down on. So during its maiden voyage a railway crossing took one of the bolts with it.

When the railway takes your bike part, take part of the railway for your bike. I took a piece of wood, filed it down on the crossing, and stuck it in the hole. It actually held the rest of the way home. 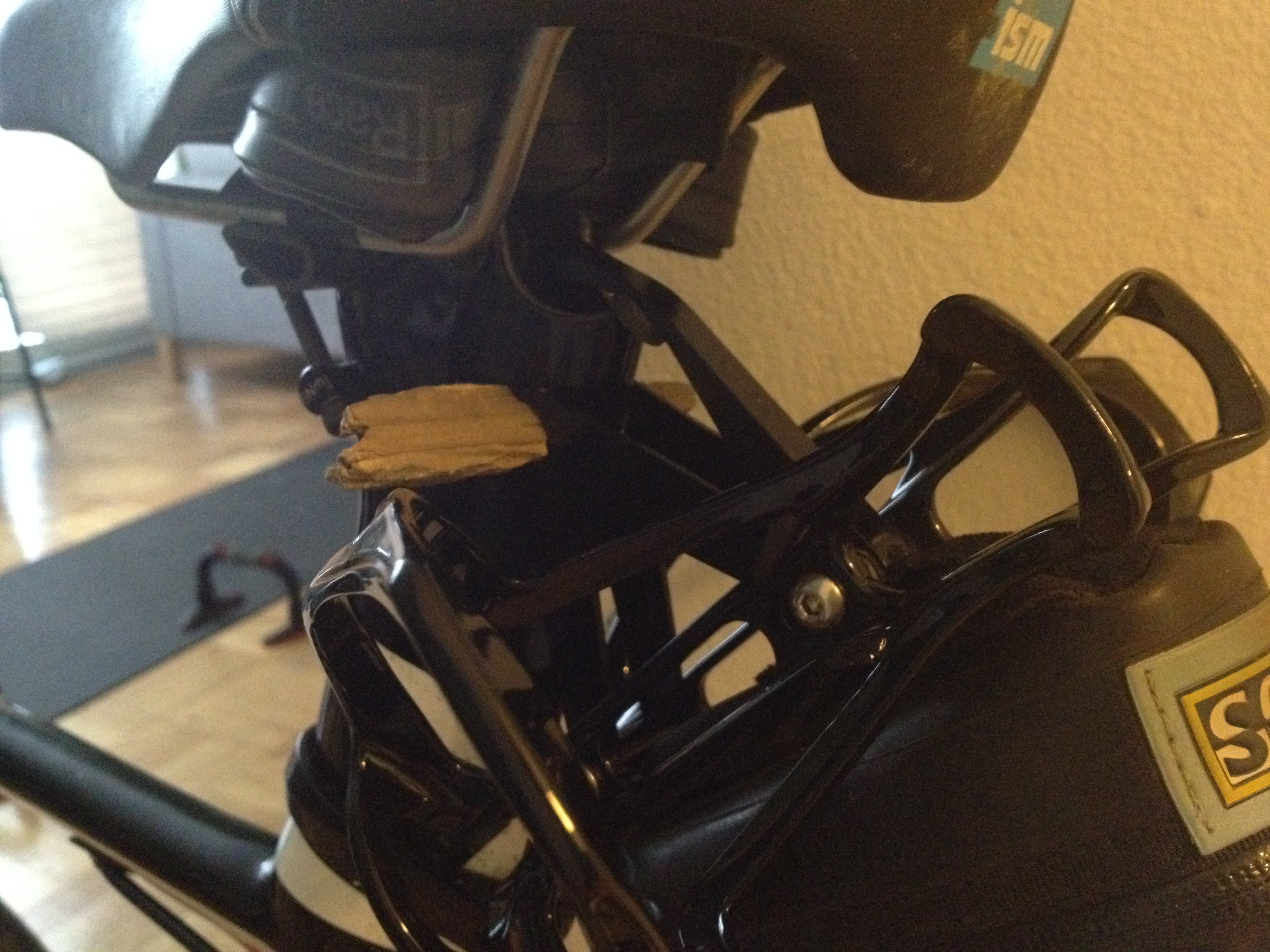 For the record, when stopped at a railroad crossing, don’t lean your bike on the actual crossing, underneath the arm. A train came by, and it nearly came down right on top of the bike. Not cool.

After that ride, I made a trip back to Home Depot for some red Loctite. It’s held together really well since then. I just hope I’ll be able to remove it when the time comes. I’m glad I went out of the way to actually fix this myself. I only spent two hours of my time, a cut on my eyelid, three trips to Home Depot, and $30 in random nuts, bolts, washers, and Loctite. Totally worth it.