Registering as a candidate

I’m not sure what I was expecting when I walked into the elections office on the way to work yesterday morning. I half expected to find a lineup of hopeful registrants vying for one of the dozens of available positions available. Perhaps there would be a member of the media or two asking questions. It wasn’t like that.

I walked in the door and was greeted by a lone woman at the front desk. We exchanged pleasantries and then I told her “I want to run to be the mayor.” I don’t think she knew what to make of me—she looked at me with a bit of suspicion, and then asked if I had filled in all the paperwork. There really wasn’t much paperwork to it. Two pages, printed from a PDF from the City of Toronto website, asking what position I’d like to run for, which Ward (for mayor it’s listed as Ward 0), and a second sheet that said that I wasn’t legally disallowed from running.

I gave the woman my identification, and she cross-referenced it against a list of names of people who aren’t allowed to run. When I was cleared, she brought over a Commissioner, who filled in a few fields, stamped it, signed it, and asked me to do the same. The woman behind the desk warmed up when she realized I wasn’t completely crazy. I paid my $200 fee, was given a receipt, and a package. It was a pretty simple process! 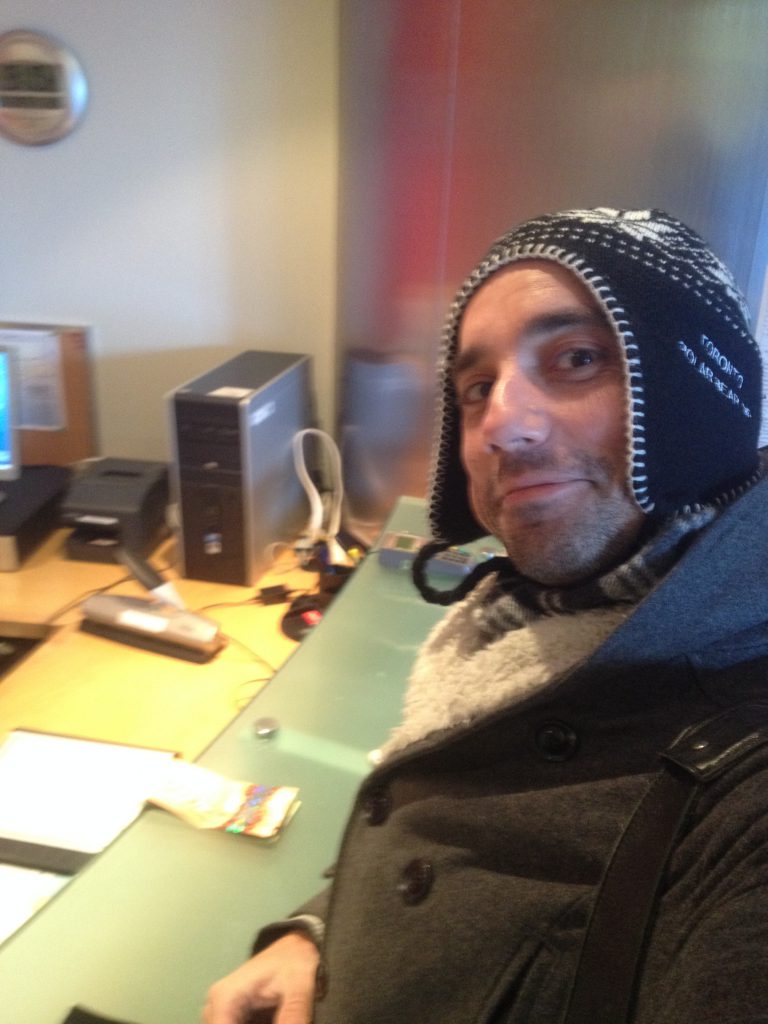 I walked out with envelope containing: 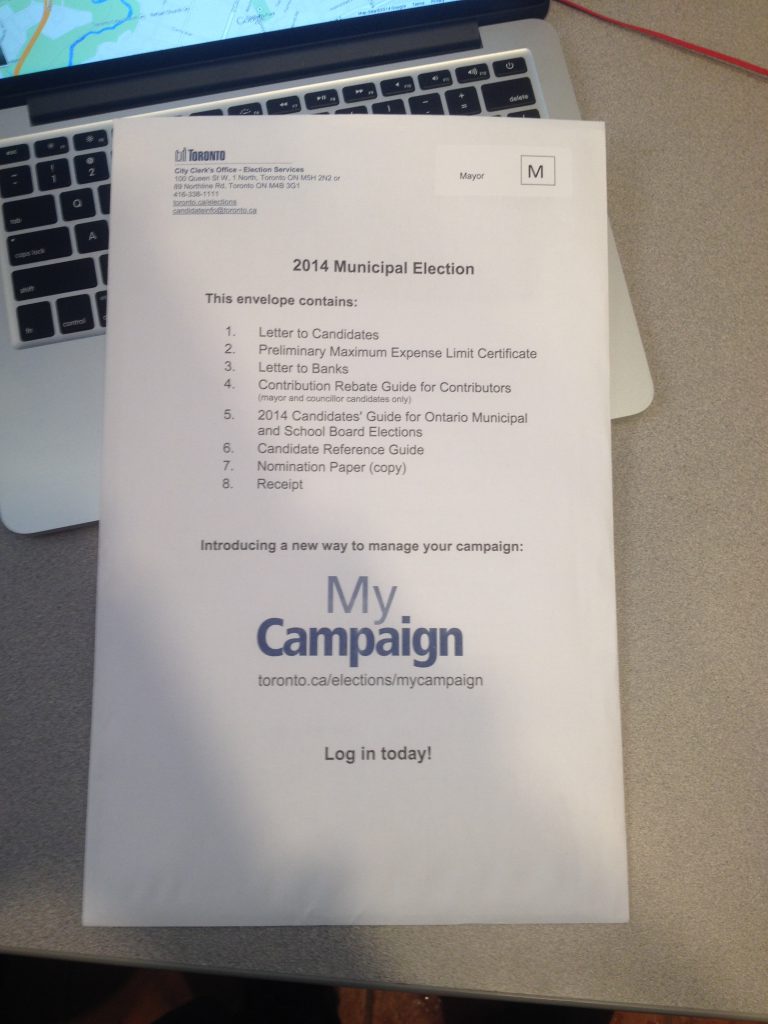 I’ll report more on the contents of the package later (I hope this isn’t too boring), and about the My Campaign website. I think it’s amazing that they went through that much work to build such a detailed and helpful site for us to be able to manage our campaigns!  I managed to update my contact information after I had set up a specific email address and phone number for my campaign. 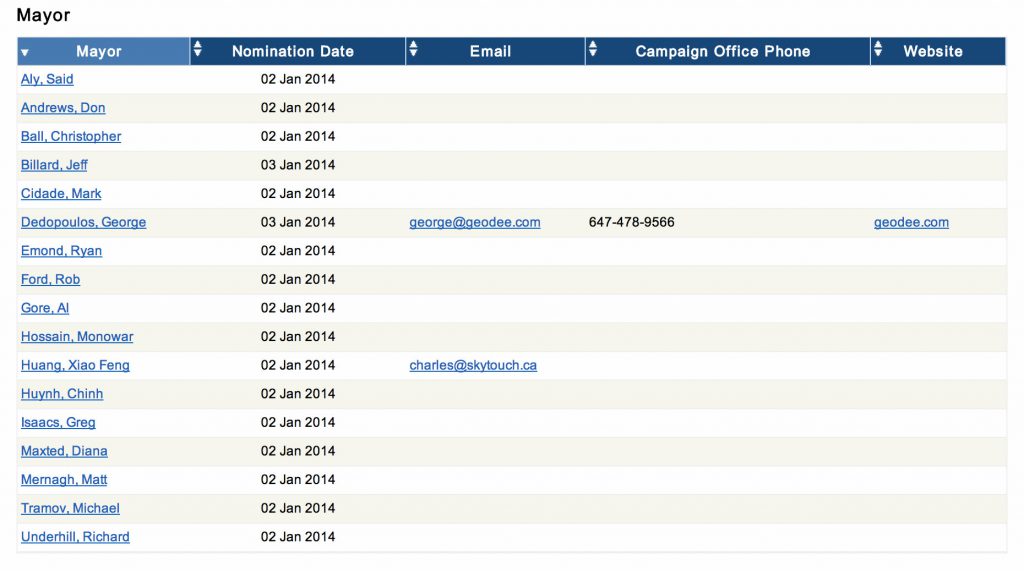 I publicly posted a picture to Facebook of me in front of the election office holding my package. I’ve been open to my friends about wanting to run for mayor, but I’m not sure how seriously they actually took me until I actually did.

Missing from the image above was the 5 minute phone conversation where we figured out the logistics of our evening. My friend was referencing this blog posting, but she obviously assumed I was joking.

This is pretty much how it went down on Facebook. It’s a public image, you might as well read it yourself. I was very happy to have some amazing support. It was completely unexpected. What I also appreciated was that some friends were already there to ask the tough questions, like if I have ever done drugs. If you can’t trust your friends to be honest and tough with you, then who can you trust? If you don’t go through the link, here was my answer:

…you’re the first to ask that, but you’re *definitely* not going to be the last! There are three things I’m not going to talk about publicly, because frankly they’re none of the public’s business.

That’s what I refer to when I say that I’m baring all and being completely transparent, other than the speedo.

That said, I don’t do drugs, but if for some reason I do during my campaign I’ll definitely let you all know!

There was a minor backlash, which was nothing compared to a critical text message exchange with another friend. I’m going to clear it with her first before I reference any of it, but these kinds of critical questions helped firm up my stance on why this is important, and also why I believe that I’m not trying to make a mockery of the system by running for mayor. Far from it. I love the system!

There was a fairly big reaction online as well. I had a few new followers, a bunch of retweets, a few jokes with friends, and I was introduced to another two candidates. I even got on Wikipedia! Also this site got quite a bit more traffic over the course of the past two days. 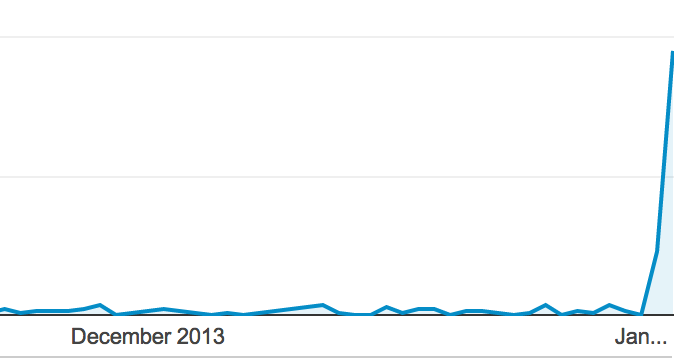 I’ve got too much actual work work to get done to be able to work on my campaign this weekend. There is a possibility for a very minor TV appearance on day five though. I’ll keep you all updated on that if I actually have the cojones to actually go through with it!

2 responses to “Day one of my mayoral campaign”