Yesterday my race partner in crime and I were trying to get an idea of the size of the biggest climb during our race: the Veyo wall. It’s pretty big. We had a look at some elevation maps, and it didn’t seem too bad to me, relatively speaking. 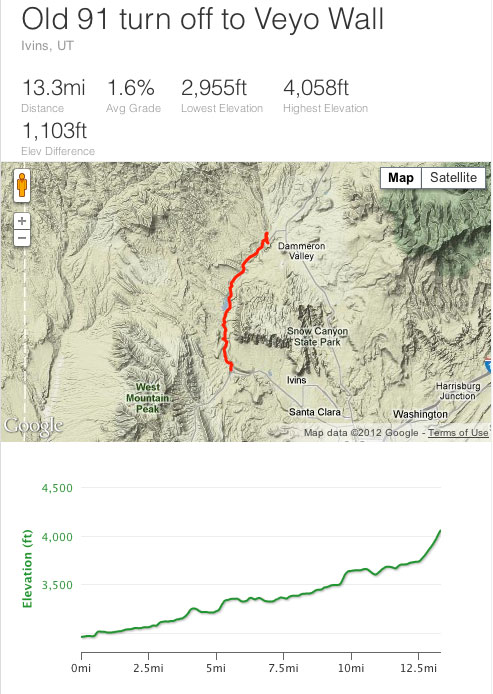 1.6% grade with a couple steep climbs. Not that big of a deal. Especially when you compare it to a couple of the bigger climbs in the city, like Pottery Road and Rosedale Valley. 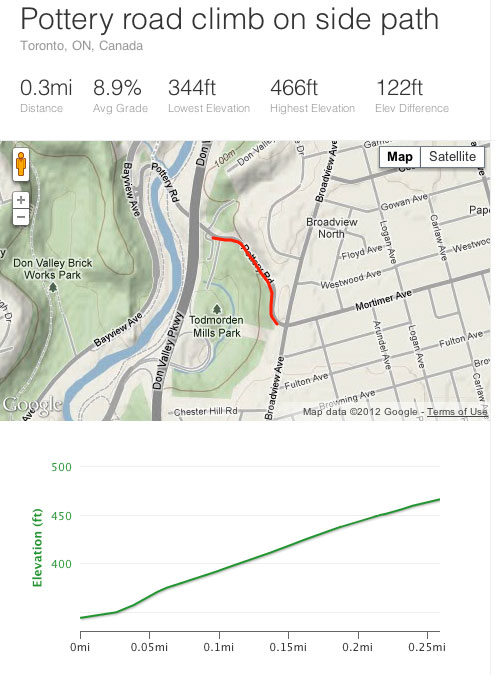 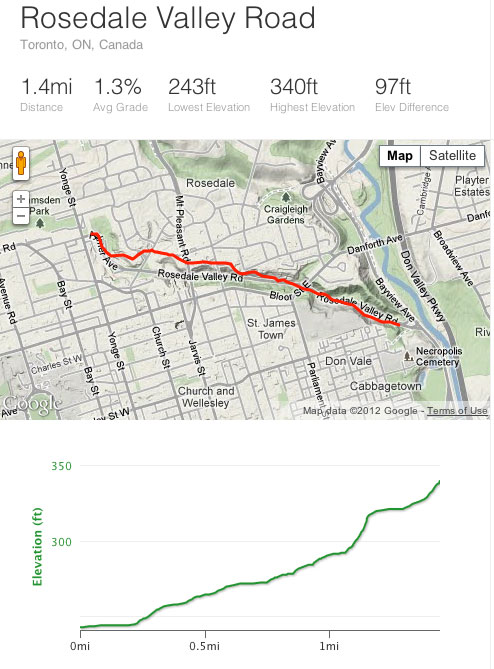 Sure, Veyo is longer, but it can’t be as steep as Pottery. It’s probably just like Rosedale Valley, just a bit longer. I exported the data and scaled it to be approximately to scale and placed Pottery (the steeper one) on top.

That little speck just before the wall on the right? That’s Pottery Road. Crap. I added Rosedale Valley and duplicated Pottery road enough times to be able to replicate the climbs of the course as best I can.

And this will have to be done twice. Wow.

At least compared the my biggest and most brutal climb done yet—Scenic Caves in Collingwood—the wall is actually not quite so bad. 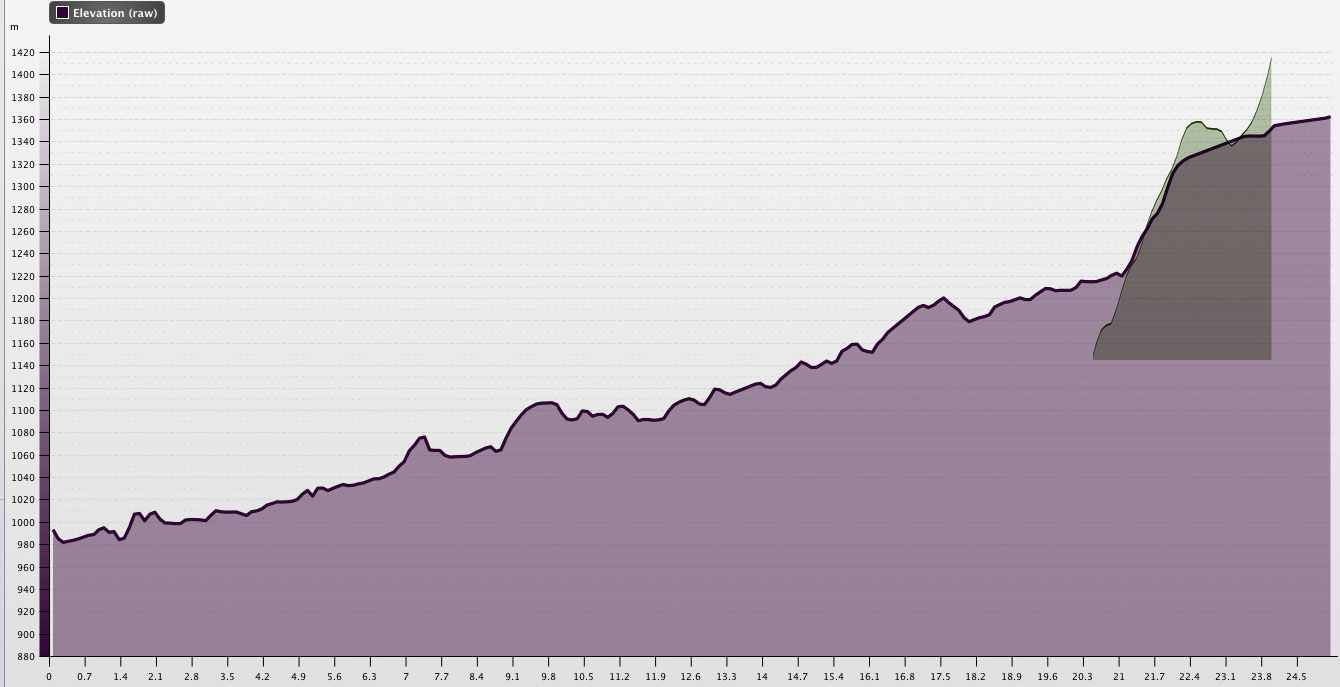 I know I can do it, and I know I’ll be fine. But it’s still going to be brutal.