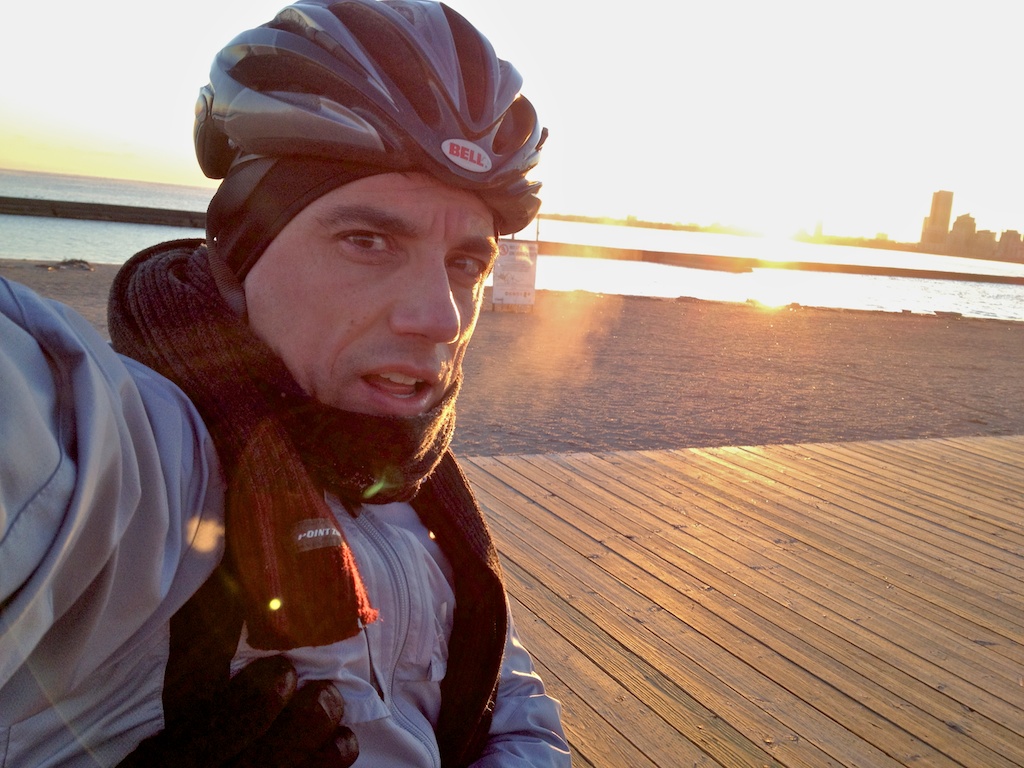 I don’t need no stinkin’ bike trainer. It might have been -15º with a windchill of -20º, but that’s no excuse. It’s not like I don’t have warm enough clothing, and there’s no snow on the ground. I wasn’t the only person who had this idea either. On my Humber River loop I usually run into dozens of riders. This time I saw two other non-commuters.

It’s so cold out that my water bottle froze shut. 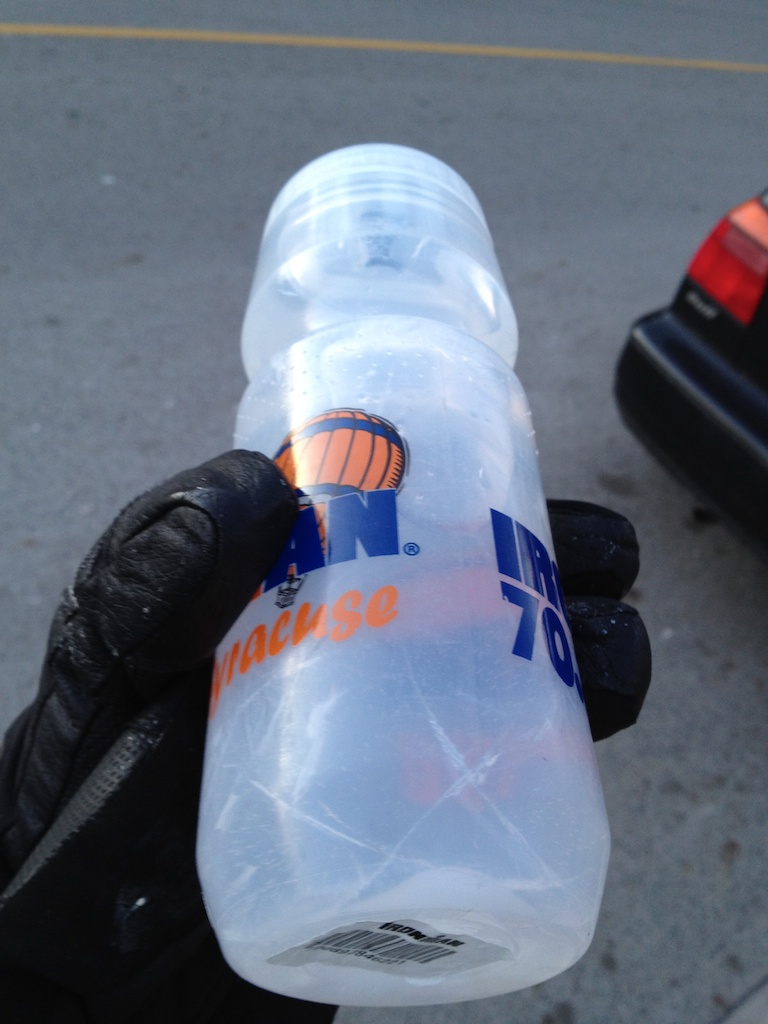 The ice was about a half inch thick. Luckily I was only out for an hour and a half, and I had properly hydrated before leaving. 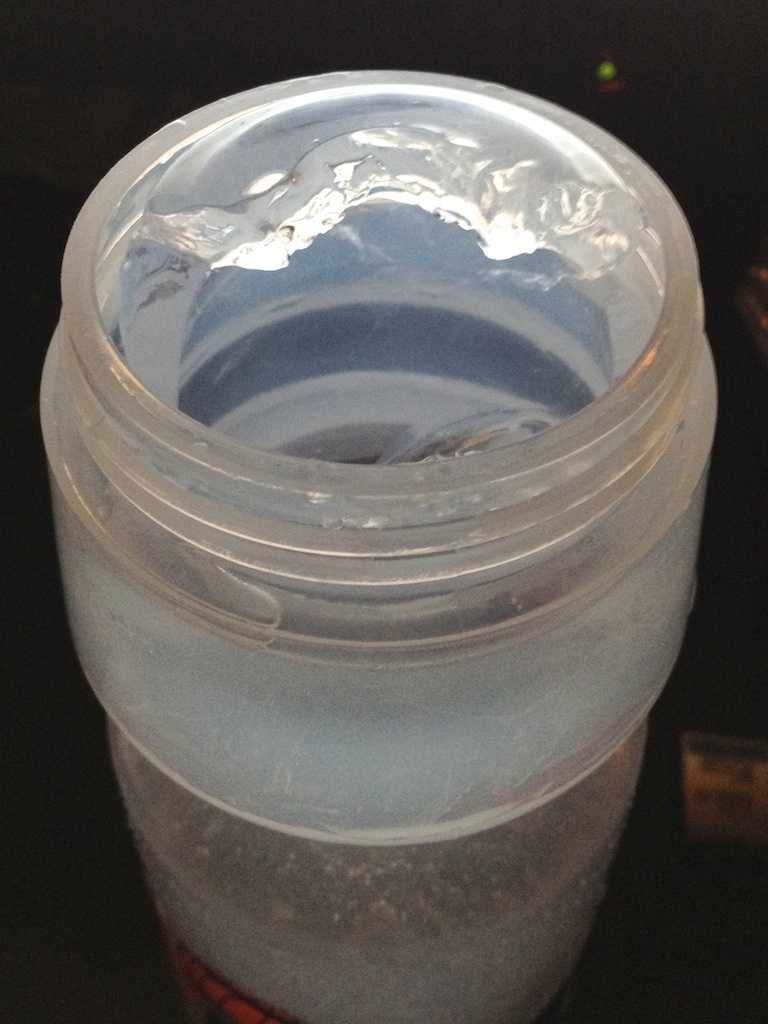 3 responses to “It’s so cold that”